This project included an 80 years old door, which I restored . I was careful to keep its character as old Egyptian doors that carry their own memory and experience, thus, I didn't cover the entirety of the door with tesserae in order to keep its identity. as for the tesserae themselves, I used the ancient Egyptian symbols of the baboon and scarab which were intended to reflect the long experience and cultural history of the doors, I also used natural collected materials such as pieces of marble, stones and ceramics, etc. which carry their own experiences too. the reverse sides of the doors were painted in oil colours with primitive representations symbolizing a cow.
Furthermore the door was unattached and free standing. thus removing them from their habitual use as a threshold between inside and outside. 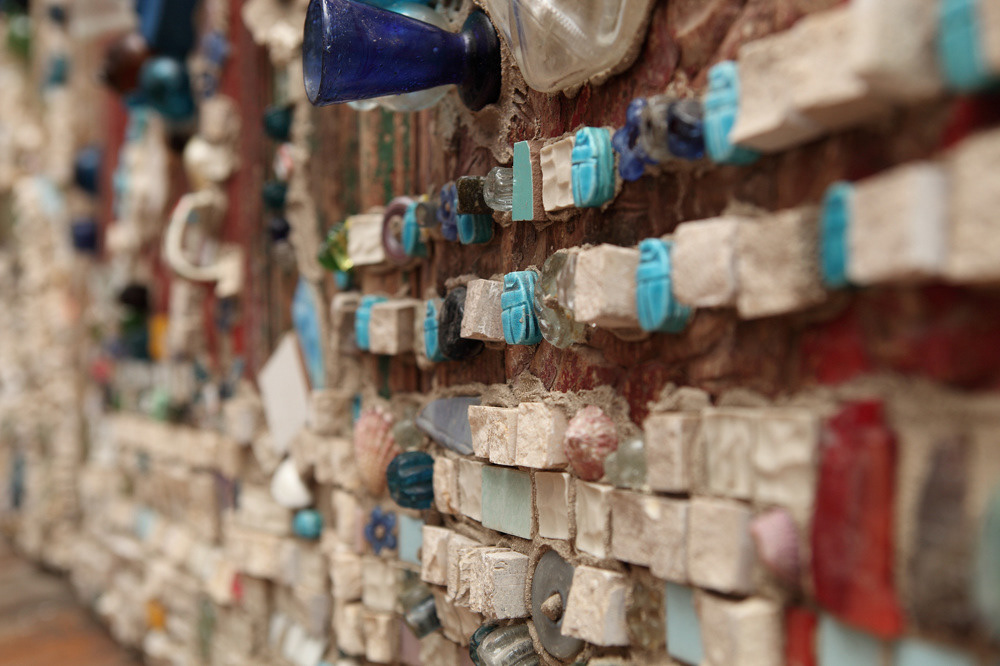 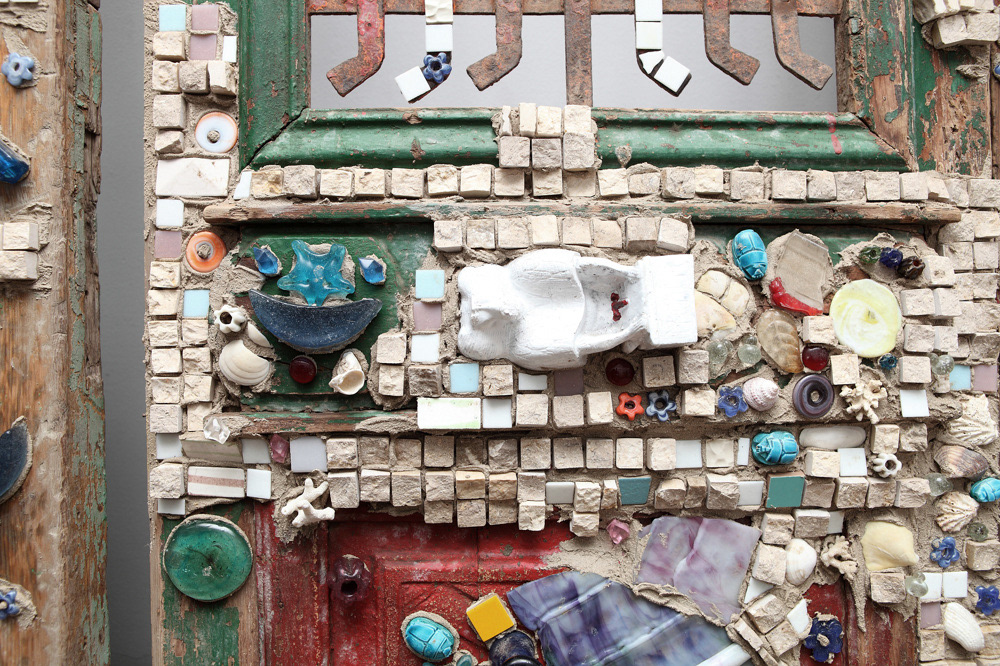 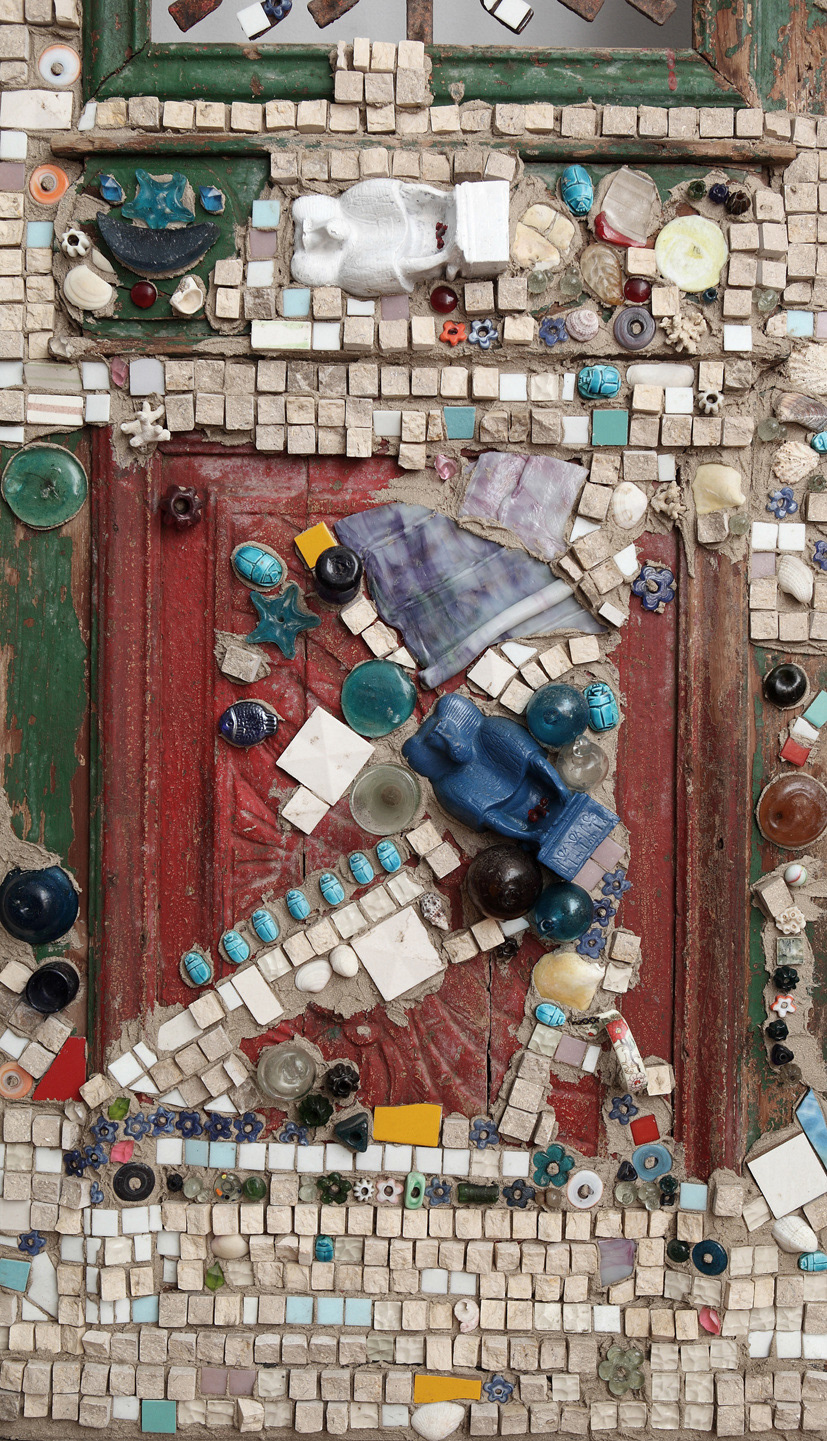 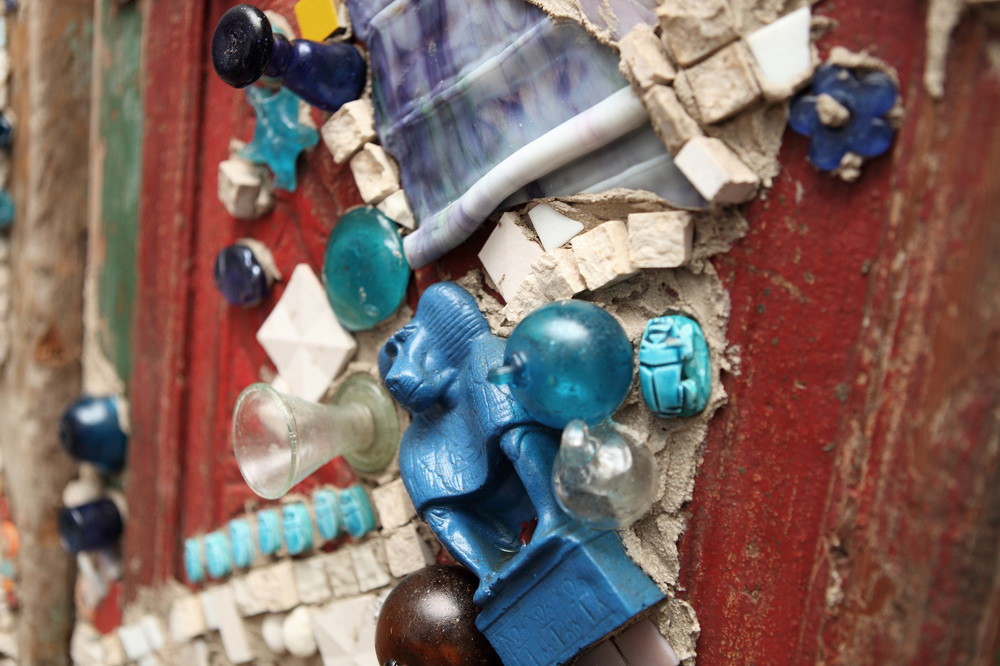 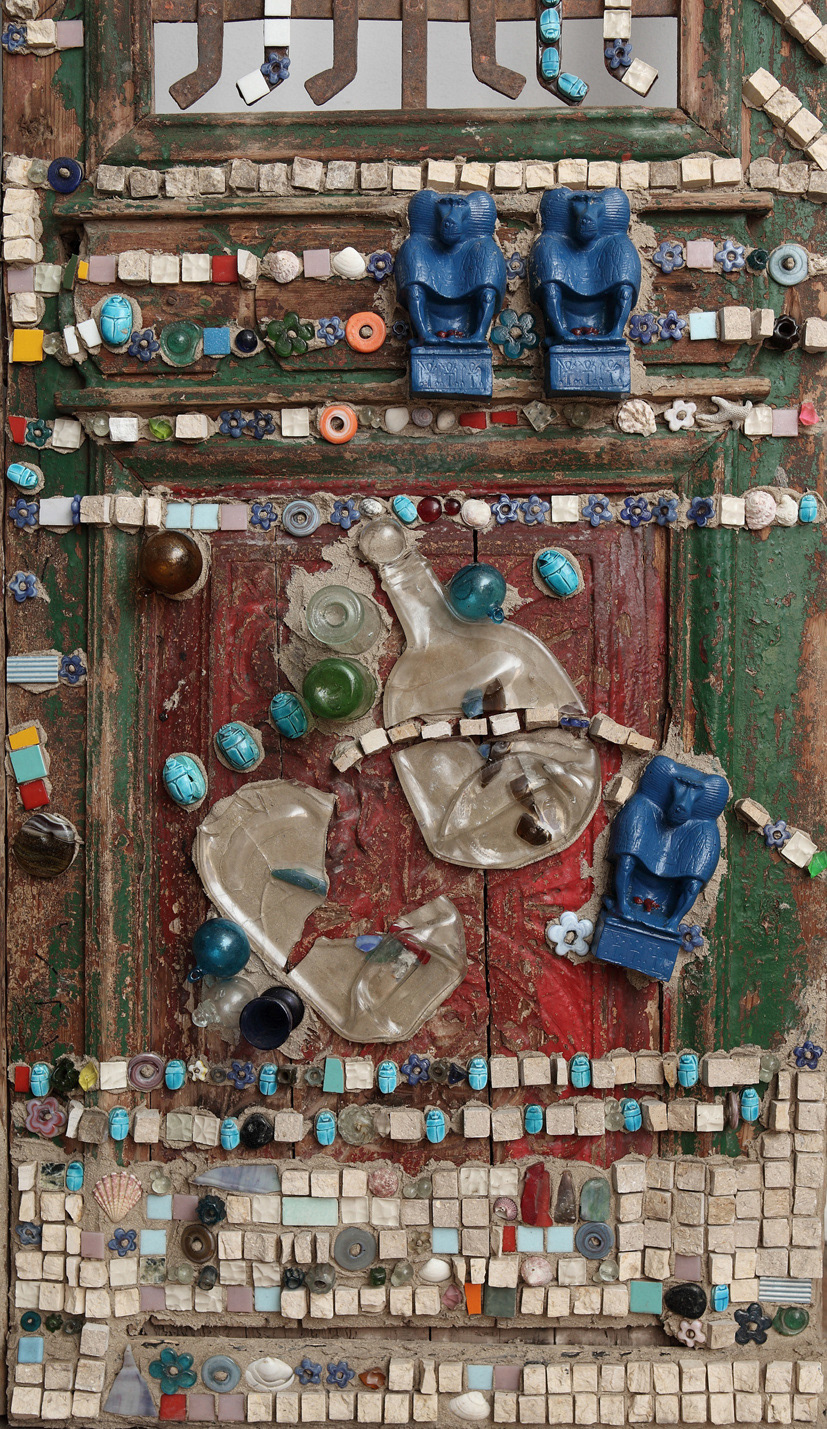 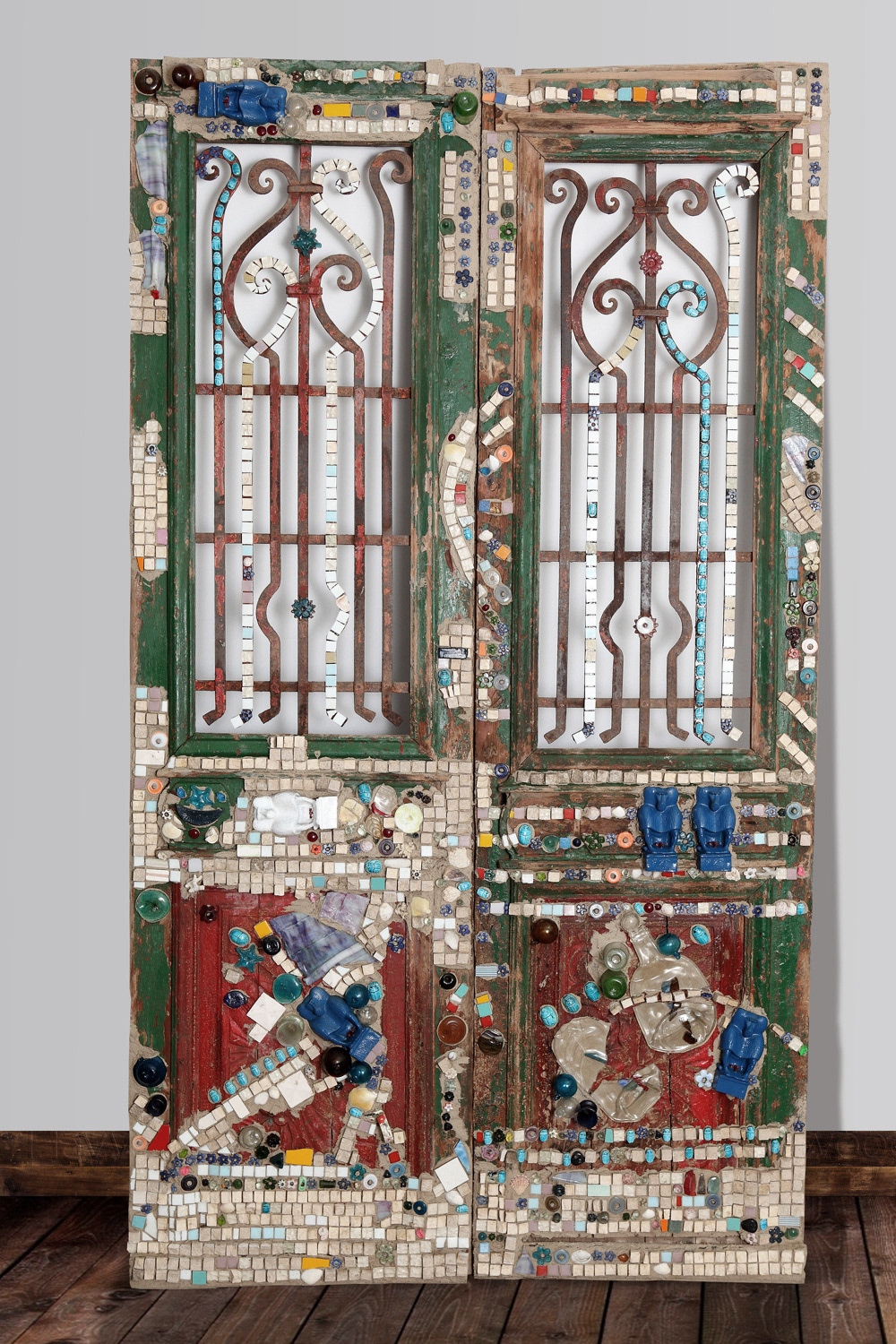